The Sound and the

When The Church, on its 2nd Grand Crusade slew the Titan Bard Apology, the massive god being let out its voice in a long and low howl. This howl crossed the globe, passed by the Capital of The Dove and smashed The Burning Cathedral's western spire before disappearing forever. This was the first, and greatest, sound elemental.


Sound Elementals are noise given emotion and basic "life" the same as other elementals. However what distinguishes a Sound Elemental from say, a Fire, is that the emotion which formed it can vary in far more drastic ways. We attribute feeling to fire and water and etc. Fire is warm, angry, passionate but it isn't intrinsically any of those things, we assign emotion to fire in our poetry and metaphors. Sound is really just another thing, a bunch of waves that vibrate our ear bones and shit. But we give it emotion, from a haunting tune, a warning growl, a love ballad.

Sound Elemental
They don't look like anything, you can only hear them. A love based elemental may sound like a flowing beautiful song, or just a warm note, a elemental birthed from fear may just be a shriek, a war ballad elemental might be thundering footsteps, or a ball of insults. Stats are difficult, and vary on the situation, they don't have HP, never have particularly high INT, but strength, dexterity, and charisma would vary on the situation and type of elemental.

Movement: "Flight" 60ft, perfect.
Attacks:
Too loud and too close
The simple art of making people deaf, when someone with eardrums or similar audio receptors is near a sound elemental, and the sound elemental is actively hostile to them, they take 1d12 damage. On a 12, fort save or have your eardrums burst. 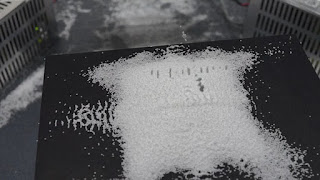 Slam
Sound waves have very little control over the environment, but can manipulate small bits of matter, but unless the elemental is particularly strong, whipping this matter at people is going to do nothing. Let's say the slam is a 1d4 + STR (With the average elemental's strength usually being a -4)

Mass Embolism
Powerful enough Sound Elementals (usually ones borne from hate and war)  can cause major organ damage with their sheer volume, fort save or 1d12 CON damage. On a twelve, roll a d20, if that crits, the target has a severe stroke and is dead.
Alternatively, special bred quiet assassins can achieve this same effect not through volume of sound, but through ultrasonic vibrations.

Naturally, bards are the biggest users and creators of sound elementals, they can be used as weapons, messengers, ambiance adjusters, and more. But more often than not, these elementals are made by accident. Big musical shows often spawn plenty small versions of the creature. Traumatic events associated with noise also can bring forth the elementals, sites of war or large explosions.

There are also plenty of incidents of magically powerful youth creating a sound elemental from a song or other passionate expression, and then it proceeds to blow the eardrums out of the local bully, or breaking every glass in the farmer's daughter's room with a romantic violin shrill.

In general, a rampaging sound elemental can be a good plot hook, they require some unconventional tactics to fight.

Fighting sound elementals
Can't be done in the usual sense, physical attacks simply have nothing to hit. No, not even magical ones. Nevertheless, they need to be dealt with occasionally. Locating them can be tricky, they're fast, invisible, and can blend in to background noise quiet easily, especially in crowded places. Players would do well to follow not a specific sound, but certain sounds that are associated with the feeling that is being searched for. The argument coming from nowhere in particular

Firstly, they can be tricked. The average elemental is not intelligent, it is emotion, not reason. They are fooled by disguises and play acting. A lusty sound elemental may be tricked by it target just telling it, "yes, I am very much in love with you now". A more violent elemental just needs an elaborate death scene by one of your party members in a wig with a bunch of pig's blood spread around.

Drowning: you gotta be loud, loud enough for the elemental to be unable to remember itself. Dilute it with white noise, scream, beat your shield. Got a elemental speeding around the city? Start ringing ALL church bells. The poor thing will just start imitating the bells and dissolve into them, like a cube of sugar into a pond.

Existentialism: A critical part of a sound elemental is being heard. Sound exists when we aren't around, obviously, but if a elemental is convinced it cannot be heard, it can break itself apart.

Bard Spell: Summon Sound Elemental (Level 1-5)
Summon a Sound Elemental which will perform a task until it is completed (Gm's discretion). The higher the level, the higher the intensity of the sound, the longer its duration, and the more complex commands it can be given.
Level 1: Emotion or verb ("Kill", "Defend", "Merriment", "Anger") Lasts for a minute or two, or a single action or attack.
Level 2: Emotion or verb + subject ("Protect me", "Seduce Jessica", "Calm dog") Lasts for a few rounds, or three or four actions
Level 3:Full sentences worth of commands, bonus points if in prose. Lasts until the end of combat, or about an hour, can perform multiple actions.
Level 4: Full sentences, lasts most of the day, can perform a complicated task with multiple steps.
Level 5: Any type of command, interpreted very well, basically just manifested will of the spellcaster. Extreme duration, can operate for a few days unless destroyed.

Alternatively a elemental can be given the name of a song at any level, while effectiveness and actions will be determined by the GM. 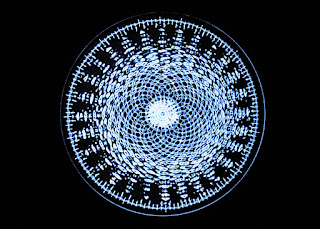 Most people assume the Bard Titan Apology's elemental was a sound of vengeance and fury against the church. After all, the Burning Cathedral was nearly destroyed when its spire collapsed, and to this day the harmonics in the building make your eyes water.  It was actually just a sound of primal fear, however, the emotion was "Escape death!" and the elemental just happened to knock over a bunch of stuff on its flight away. It still exists, on the southern primordial planes of the moon, a whimpering note recurring within the massive bones of his mother's womb.
Posted by GeneralApathy at 10:42 PM No comments: