Of Symbols and Suffering

I've slowly been building a mass of things good for filling your dungeon. I think one day I'll collect it to make a PDF.

Symbols of Death, of Insanity, of Clownification, or of Un-scratchable Itch. Whatever they do, they interest me. I think they are a good case study for how to make a good trap.

Depending on your system they can be activated in a ton of ways, but I wanted to focus on the symbols that activate upon being closely looked at. This is very contradictory as often the best way to determine if something is dangerous is, well, by looking at it. Therefore I think the distinction of close inspection as opposed to just looking at it is important.

The party looks down a hallway and sees a strange symbol at the end of their light sources. It's a symbol of death! Save or die!

That's not fun.
Here are some people smarter than me talking about traps. Traps often teach a lesson about the dungeon they are in, and about you as a DM. If you throw in symbols in that are triggered by a glance, you are telling your players that to succeed they should never look at interesting, magical-looking things, and looking at interesting, magical-looking things is like 90% of my games.

The there should always be a warning that something is going on, if a party sees a glimpse of a symbol and decides to ignore the warnings and inspect it anyway, go ahead and make them suffer the consequences. If the party is careful and smart (or like to sacrifice hirelings), they can circumnavigate the symbol and maybe even use them against their foes.

Once a symbol is detected, it doesn't go away, and that makes things interesting. How does a thief pick a lock on a door that has a big old symbol of pain on it? How do you fight a random encounter in a room where you need to close your eyes?

In Summary: First: trap symbols cane easily become unfun, so think about what lesson they teach as a trap. Second: symbols that trigger on sight should trigger when looked at closely, not just at first glance unless you have a very good reason. Third, detection of a symbol can be where the fun begins; now they have to get around it or figure out how to exploit it.

Cool, so after all that nonsense ranting, here are some of mine.

All of these symbols detect as magical, and with a roll can be identified as a certain type of magic, (usually something scary like necromancy) they will look strange and arcane, maybe they glow,  whatever you need to get the point across. ("When in doubt, throw dead bodies about"; your players can never complain about a trap if there are dead bodies from said trap lying around)

The Reflection Trap: There are arcane looking drawings on the wall and there is a reflective surface on the ground below it; a reflecting pool or mirror. Nothing happens while looking at the nonsensical scrawling on the wall, he symbol is only activated upon looking at the reflection below. 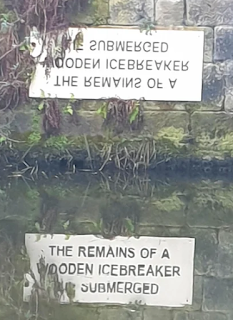 1. The Goblet Trap: A big fancy cup, filled with liquid, on the inside of the goblet is the symbol, obscured by the liquid. Once the liquid is removed, (as say, someone drinks it) the symbol can be seen and thus activates. A hasty party may detect magic and only assume the magic coming from the symbol is from the liquid, spelling doom for the quaff-er. If you're feeling nice make the liquid semi-transparent; the water refraction is enough to prevent the symbol from going off. Then, the shimmering image can give another hint that something is off.

2. The Clean Up Trap: The Symbol is just covered by something. Dust, blood, trash, work, but I like this one as a punishment for greed. Have it be covered by a vein of a valuable mineral (and be accompanied by a rude phrase describing dwarfs) or simply a floor filled with gold coins, take a lot and walk home rich, take them all and save or die.

3. The Sliding Puzzle Trap: Unless you're going to actually make a sliding puzzle like this one crazy DM I knew, don't make them do one via descriptions or something. Just an intelligence test to see if they can do it quickly or risk taking either too much time or a random encounter or something. Once the puzzle is all put together, time to make a save, it was a symbol all along! Like the others a detect magic and the strange, arcane nature of the image they were putting together should be enough to warn the party.

4. The Thematic Trap: Symbols are obscured in some way that has to do with the dungeon. Maybe this is the tomb of paladins that hunted devilkind, so they put symbols that are only activated when read and understood by those who understand hellspeak, thus deterring devil-worshippers who seek to defile their tombs.

5. The Different Perspective: Early in the dungeon, the party comes to a large room with a high ceiling, think a spire of a wizards tower or something. The floor is completely the tell-tale runes of something magical, but is incomplete: nothing happens on its inspection. However above there are other platforms or objects that complete the symbol (like a bridge, floating platform, or chandelier) and when the whole room is viewed from above, the symbol is activated. Put something valuable at the top of the ceiling and watch the party scramble to catch whatever fool climbed/flew up there and looked down!

(Side note: a good early warning for this one is dead bodies all over the bottom floor, people who looked down from higher up and fell down to their deaths as the symbol affected them, figuring out how all these people died from falling will be interesting and paranoia-inducing)

6. Don't Look Up!: The Symbol is on the ceiling, and there are reasons to look on the ceiling, maybe it's gold trimming that can be chipped away, maybe it's smug goblins armed with crossbows and rude remarks. (Murder-holes and trapdoors make sense, but i like the idea that they just duct-taped themselves up there.)

A final final caveat: players using symbols don't necessarily need to be held to these kinds of rules. It is easy for a DM to get the party to look at things, it is harder for a character to get an NPC to look at something. Therefore symbols that fire off at a quick glance are more permissible for the players as opposed to the DM, in my book at least.

Posted by GeneralApathy at 6:51 AM No comments: